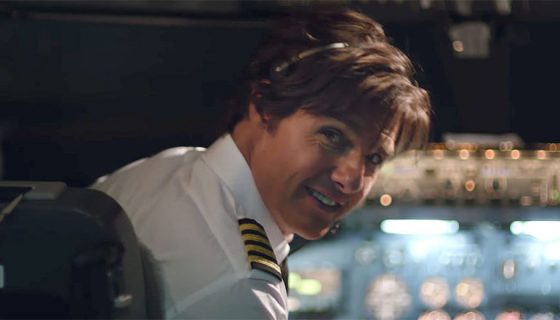 Tom Cruise reteams with his Edge of Tomorrow director Doug Liman for a “based on true events” action/comedy/thriller American Made.  Cruise plays Barry Seal who, in the 80’s, parlayed his past experience as a commercial airline pilot into becoming a smuggler for both the CIA and the Medellin Cartel headed by Pablo Escobar.  Sarah Wright, Domhnall Gleeson, Jayma Mays, Jesse Plemons and Caleb Landry Jones co-star and it looks like it’s in the vein of recent biopics/based on a true story movies like American Hustle or The Wolf of Wall Street with a slightly heightened and more comedic takes on events, although Seal’s story had a tragic end as he was assassinated by the cartel.  It’s out on September 29th and you can check out the trailer below.