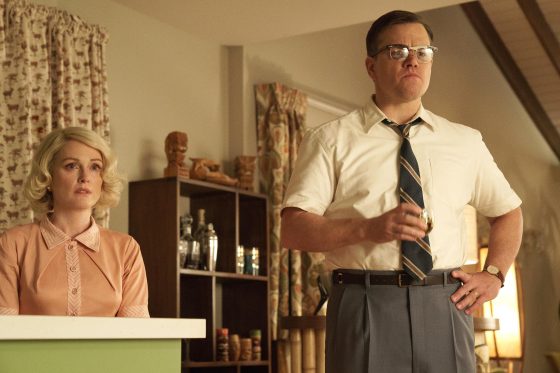 While the Coen Brothers are working on their TV show The Ballad of Buster Scruggs, their letting their buddy George Clooney direct a script they wrote with him called Suburbicon.  Starring Matt Damon as Gardner Lodge, a seemingly normal 1959 husband and dad living in the suburb of Suburbicon when his wife is killed in a home invasion.  As the police start to investigate, it seems like maybe Lodge owes money to the mob and he also has a certain knack for killing people, like the loan sharks being sent to collect.  Julianne Moore and Oscar Issac co-star and the movie is out on October 27th.  Check out the trailer below.

Matt Damon Hunts the Truth in France in Stillwater (Trailer)