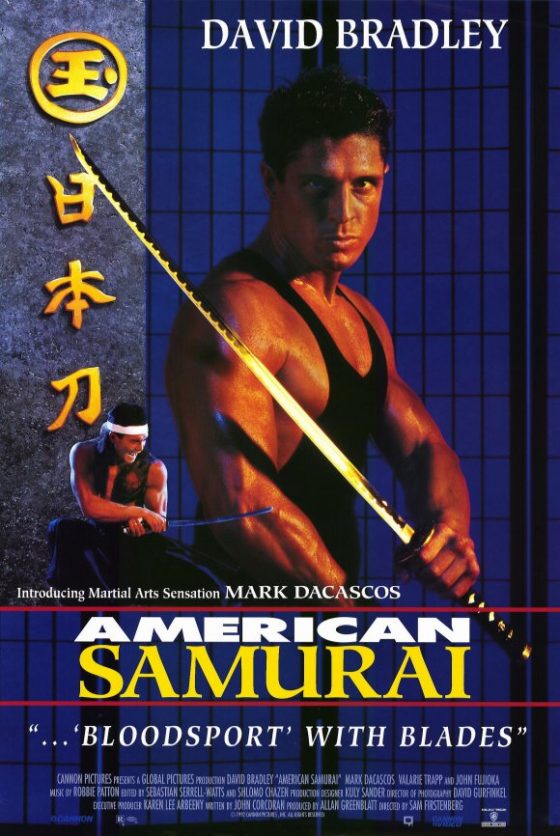 For the latest Everything Action Commentary, Zach, Chris and Chris Ali put their fate in the hands of random chance and ended up watching 1993’s American Samurai.  Coming from Cannon Films, American Samurai stars David Bradley, who took over the American Ninja franchise from Michael Dudikoff in the third and fourth movies, stars as Drew Collins, a journalist who was adopted and trained in the ways of the samurai when his plane crashes in the mountains when he is a baby.  Given his adopted family’s treasured samurai sword to protect, this drives his adopted brother Kenjiro (Mark Dacascos) into a rage and he hires thugs to steal the sword and lures Drew to Turkey where he is the champion of a deadly fighting tournament that Drew must win in order to escape Turkey and get back the sword.  American Samurai is actually the debut role for the once and future Iron Chef America chairman and he has some great, over the top villainy, mostly portrayed by his insane eyebrows.  The entire movie is on youtube (and below) and shout out to doomtown412 for compiling the list we used to randomly get American Samurai.  Queue up the commentary and movie below and get ready for some ridiculous samurai action.

EA Commentary: Way of the Dragon