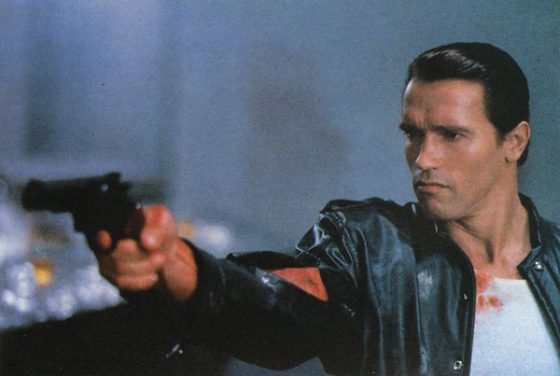 It’s been a while since we’ve had the ability to share full movies for Everything Action Theater but it’s back and should be a regular feature again thanks mostly to Tubi TV, which is the non-shitty Crackle we’ve been looking for and has an excellent library of action, horror and sci-fi that do have ads but are free and uncut otherwise. We’ll probably feature any long forgotten gems that are in full on YouTube as well but for the grand return of Everything Action Theater, we’re featuring an underrated gem from our patron saint that is currently on Tubi, Raw Deal.  Sitting between Commando and Predator, Raw Deal hit in 1986 and found Arnold as Mark Kaminsky, a former FBI agent who was fired for going too far with a suspect but gets a chance at redemption when an old buddy (Darren McGavin) recruits Mark to go undercover off the books and take down the mob that killed his son.  It’s a super solid Arnold movie with some great one-liners (Don’t drink and bake) and ridiculous action sequences, like when Mark drives a convertible through a quarry and casually snipes mobsters with an uzi.  Check out the whole movie below and be on the look out, hopefully, every Saturday afternoon for more Everything Action Theater.