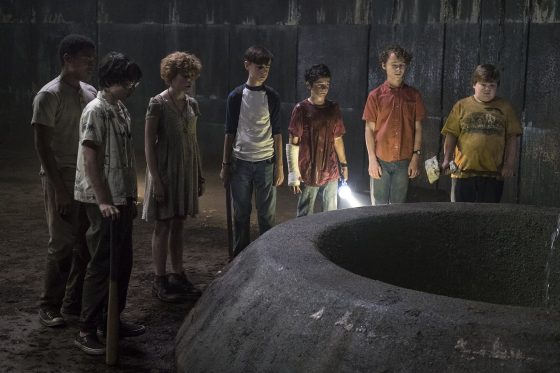 Although it could potentially change due to how small the gap is between the top 3, as of the time this article was written, IT has reclaimed the top spot at the box office as we transition into October with another $17.3 million.

Just behind IT was new release American Made, which is estimated at $17.02 million.  That puts it between Jerry Maguire and A Few Good Men for Tom Cruise about half of what The Mummy made for Cruise earlier this year.  Worldwide, American Made has already been out in a few countries and it’s grand total so far is just over $81 million.

Kingsman: The Golden Circle is, as of right now (late Monday afternoon), the third place finisher with $17 million, although the estimates are only $16,000 separating between Kingsman and American Made.  That brings Kingsman up to $66.7 million for it’s two weeks out and it’s slightly behind the pace of the first Kingsman in February of 2014.  The movie dropped about 56% from last week’s winning box office.

The Lego Ninjago Movie tumbled to fourth place with $12 million and is nowhere even close to where the two prior LEGO movies were at the same time.  The movie has taken in $35 million so far and just over $58 million total worldwide.

The remake of Flatliners only took in $6.7 million for fifth place in it’s opening weekend.  Adjusted for inflation, the original Flatliners would have made over $21 million and unadjusted it was still well above this remake.

Battle of the Sexes ramped up into the top 10 in it’s wide release over the weekend, going from 16th last weekend to sixth place this weekend with $3.4 million.

Further down the list, other new release Til Death Do Us Part, came in ninth place with $1.7 million, which was actually only in 562 theaters.

September Movie Preview
american made Battle at the Box Office battle of the sexes flatliners It kingsman: the golden circle stephen king the lego ninjago movie til death do us part Tom Cruise