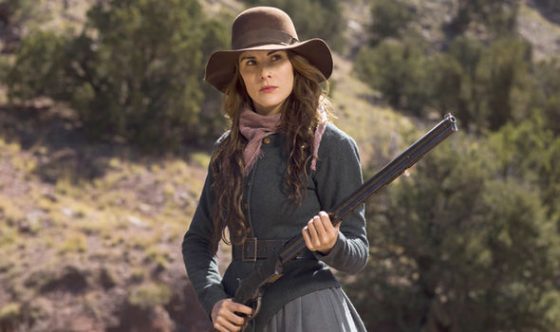 Coming in November as a limited series event for Netflix, Steven Soderbergh is producing a Western show from writer Scott Frank, who has written movies like Logan, Minority Report, The Wolverine, A Walk Among the Tombstones and more, called Godless.  Set sometime in the 1800’s, Godless is set in the town of La Belle, which is run and inhabited only by women after their husbands, fathers and sons all died in a horrific mine accident.  A ruthless gang leader, Frank Griffin (Jeff Daniels), has the town in his sights and the ladies get some assistance from a defector from Griffin’s gang, Roy Goode (Jack O’Connell) as they make a stand to defend the town.  Michelle Dockery stars as well and all of it’s episodes are out on November 22nd.  It looks like some solid Western drama and it should also help fill the gap until Westworld is back next year as well.  Check out the trailer below.

Michael Pare is Out for Wild West Revenge in Traded