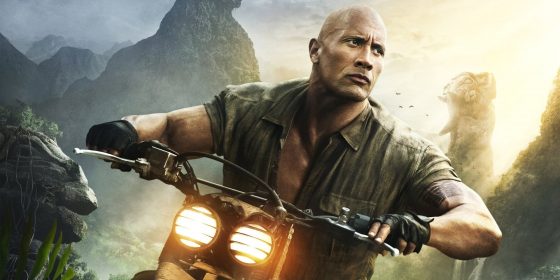 After ceding the top spot for a week to Maze Runner: The Death Cure, Jumanji returned to the top spot at the box office for Super Bowl weekend.

Maze Runner dropped to second, losing 58% of its business from last weekend with $10.2 million.  It’s about $22 million off from what the previous entry was making in the same time frame, which isn’t great considering it’s the most expensive movie in the trilogy.

The only new big release, Winchester, took third with $9.3 million.  As far as recent horror, that puts it somewhere between The Lazarus Effect and Devil’s Due and it’s nowhere close to either The Woman in Black or Conjuring series entries.

The Greatest Showman continued it’s insane hold, remaining in fourth place and continuing to drop less than 20% from each previous weekend.  It made another $7.8 million and its domestic total is now over $137 million and over $290 million worldwide.  Hostiles rounded out to the top 5 with another $5.5 million.

The Oscar contenders continue to jostle toward the bottom and just outside the top 10, with The Shape of Water gaining another 487 theaters and another $4.3 million while I, Tonya gained 496 theaters and took in $2.5 million.  Three Billboards, Darkest Hour and Phantom Thread also expanded wider over the weekend.