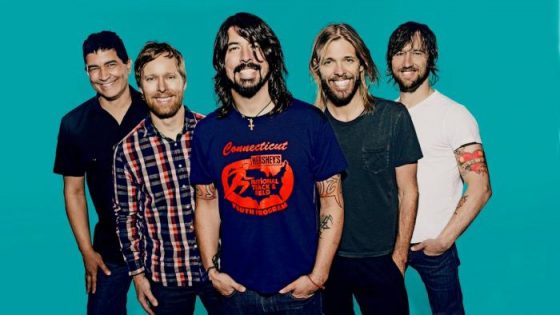 One of the signature songs of the Foo Fighters, Everlong was the second single off of their second album, The Colour and The Shape from 1997. Like most Foo Fighters songs, the song has a hilarious and elaborate music video to accompany it, although Everlong is special in that it’s an homage/parody to Evil Dead, as Grohl and Taylor Hawkins (playing a married couple) have nightmares that are reminiscent of the Sam Raimi series.  The music video was actually directed by Michel Gondry, director of Eternal Sunshine of the Spotless Mind and Be Kind Rewind, and was nominated for Best Video at the 1998 MTV VMAs.  The song went 2x Platinum and was #3 on the Alternative Rock charts and #4 on the Mainstream Rock charts and is also, fun fact, David Letterman’s favorite song and he said listening to it helped him recover from heart surgery in 2000.  Check out the video below.