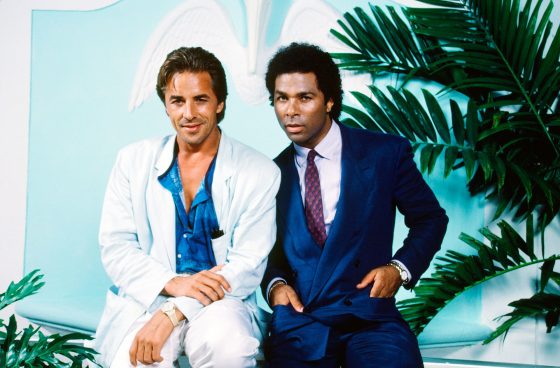 The late, great Glenn Frey, during his solo career, which also resulted in the Beverly Hills Cop hit “The Heat is On”, contributed the song “You Belong to the City” to Miami Vice, which helped the legendary show’s soundtrack become the highest selling TV show album of all time. Coming out in 1985, Frey specifically wrote the song for use on Miami Vice but it also debuted as a single and hit #2 on the Billboard charts, being beaten by the cheesy insanity (and similarly titled) “We Built This City” by Starship.  Frey performed all the instruments for the song, except that sweet, smooth as hell saxophone, which was performed by session musician Bill Bergman.  “You Belong to the City” and Jan Hammer’s synth songs helped make the first Miami Vice album stay on the top of the charts for 11 weeks.  The music video has a Miami Viceesque vibe, even though it’s set in NYC, as Frey and an unknown woman wander the streets at night while Miami Vice plays on every TV in sight.  Check out the song below.