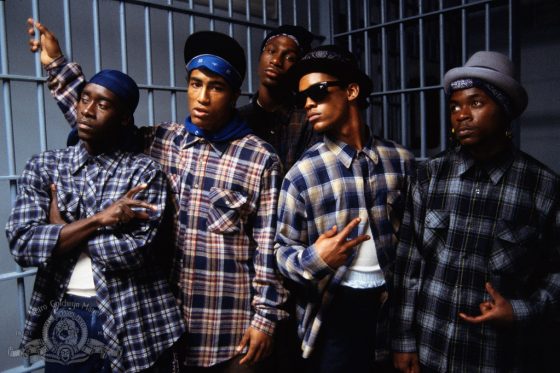 Recently reintroduced on a recent episode of The Goldbergs, Colors came out in 1988 with director Dennis Hopper at the helm.  Returning to the director chair after 19 years, Color starred Robert Duvall and Sean Penn as police officers trying to control the gang violence between the Bloods, Crips and Hispanic gangs in 1980s Los Angeles.  The movie also co-starred Don Cheadle, Damon Wayans, Maria Conchita Alonso and Mario Lopez and earned mostly praise for it’s depiction of the time period and gang culture.  The soundtrack came out alongside the movie and hit #31 on the Billboard charts and featured a title track from Ice-T that didn’t do as well as the whole album, only hitting #70 as a single on the Billboard Hot 100 but it’s a fantastic late 80’s/early 90’s rap song that you just don’t get anymore.  Check it out below.