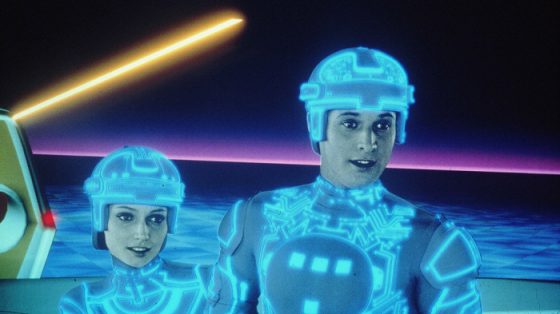 Tron: Legacy will forever be known for its amazing Daft Punk score but the original Tron had it’s own, slightly less memorable, synthy score and some tracks from 80’s juggernaut Journey.  Originally the band Supertramp was going to contribute songs to the Tron soundtrack but they pulled out and Journey performed “1990’s Theme” (which I guess was the music of the future?) and “Only Solutions”, the more widely recognized single and the end credits song of the movie.  The song peaked at #22 on the Billboard charts in August of 1982, a month after the movie and soundtrack album came out, and was eventually included on the 2006 CD reissue of Journey’s album Frontiers and on the Time3 box set.  There is unfortunately no official music video for the song, so we’re forever robbed of a neon, digital version of Steve Perry but you can check out the audio of the song below.