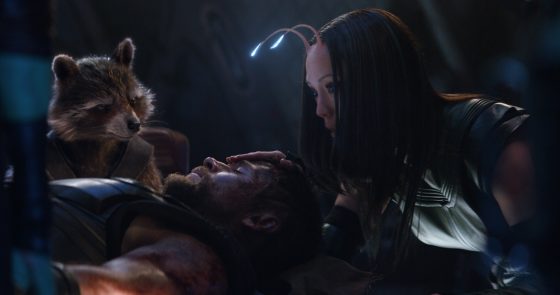 Avengers: Infinity War continued to dominate at the box office this weekend, with a massive opening in China to add to it’s already huge international haul.

Life of the Party took second place with $17.8 million, which is the lowest opening for her in a starring role, behind even movies like Identity Thief and Tammy.

Breaking In took third with $17.6 million, which is above the studio’s expectations and almost triple it’s budget, so Universal is probably somewhat satisfied.  It’s the second best opening for director James McTeigue behind V for Vendetta.

Overboard and A Quiet Place rounded out the top 5, the former gaining 383 theaters and only dropping 32% from last weekend, making another $9.8 million.

Further down the list, documentary RGB came in 10th place with $1.18 million in 179 theaters while A Wrinkle in Time, somewhat inexplicably, gained back 1,984 theaters and went from 18th to 11th and took in another $1.15 million, bringing its total to over $96.8 million but Disney was probably hoping to eke it out to just over $100 million domestic.