The Fix: After losing the biggest case of her career and being shredded by the media, former prosecutor Maya Travis has left Los Angeles for a quiet life in rural Oregon. Eight years after her devastating defeat, the murderer strikes again, forcing Maya to return to L.A. to confront him one more time. Will she play by the rules, or will she do whatever it takes to get him behind bars?

A Million Little Things: Dramedy about a group of friends who, for different reasons and in different ways, are all stuck in their lives, but when one of them dies unexpectedly, it’s just the wake-up call the others need to finally start living.

Grand Hotel: Soapy drama set against the backdrop of a Miami Beach hotel revolves around the family who owns the business, the staff who run it and the explosive secrets they hide under the perfect exterior. Based on the Spanish format.

The Kids Are Alright: Set in the 1970s, an Irish-Catholic family with a working-class dad, traditional mom and eight boisterous sons navigates changes big and small during one of America’s most turbulent decades.

Single Parents: A group of dysfunctional single parents lean on one another as they raise their kids, look for love and ultimately realize survival is only possible with the help of one another.

The Rookie: John Nolan is the oldest rookie in the LAPD. At an age where most are at the peak of their career, Nolan cast aside his comfortable small-town life and moved to L.A. to pursue his dream of being a cop. Now, surrounded by rookies 20 years his junior, Nolan must navigate the dangerous, humorous and unpredictable world of a “young” cop, determined to make his second shot at life count. Inspired by a true story.

Whiskey Cavalier: After an emotional breakup, FBI agent Will Chase (codename: Whiskey Cavalier) is assigned to work with CIA operative Francesca “Frankie” Trowbridge (codename: Fiery Tribune). Together, they lead an inter-agency team of spies who periodically save the world (and one other) while navigating the rocky roads of friendship, romance and office politics. 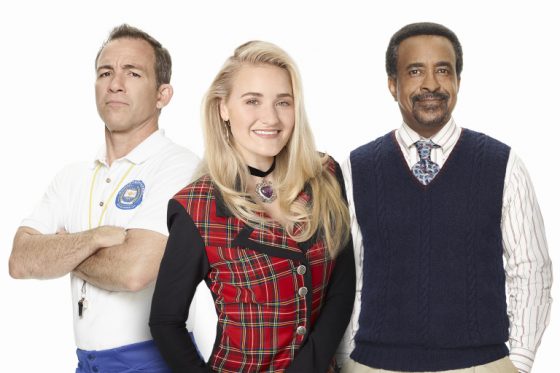 Schooled: Set in the 1990s, it follows the faculty of William Penn Academy – led by Principal Glascott, Coach Mellor and Lainey Lewis – who, despite their eccentricities and crazy personal lives, are heroes to their students. Spin-off of The Goldbergs.