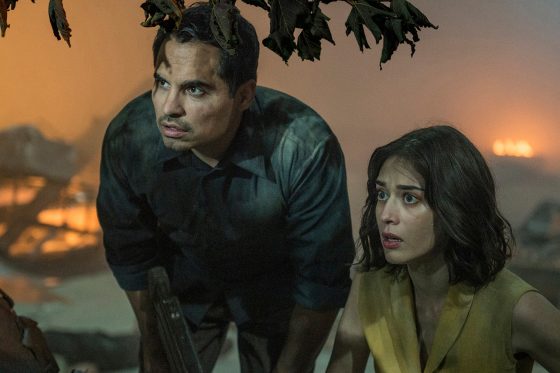 Floating in release schedule limbo for at least a year over at Universal, Netflix snatched up the sci-fi movie Extinction and will be giving it a release at the end of this month.  Starring Michael Pena as a father in a futuristic world that seems mind numbing in it’s routine and look, he starts having violent visions that he believes are glimpses of the future.  His wife, played by Lizzy Caplan, are skeptical but an alien invasion proves his visions as true and he has to fight to keep his family safe.  Mike Colter co-stars as well and it’s directed by Ben Young, who directed the indie thriller Hounds of Love.  It seems like a slightly higher tier Skyline mixed with some Knowing or another sci-fi film with premonitions but it will probably be worth a watch on Netflix over the weekend when it hits on July 27th.  Check out the trailer below.