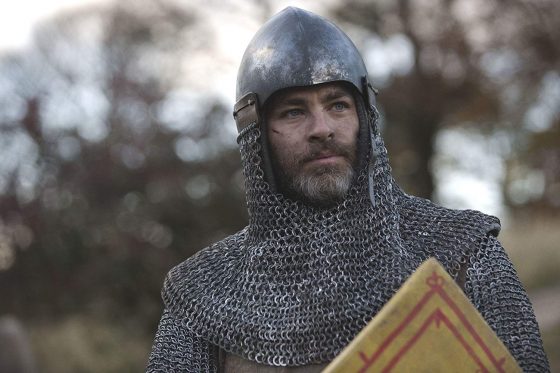 Coming to Netflix and select theaters in November, David Mackenzie follows up his incredible heist movie Hell or High Water with the historical drama, Outlaw King.  Mackenzie’s Hell or High Water star Chris Pine stars as Robert the Bruce, who is cast out of Scotland by the English in the 14th century and raises a resistance army to push them out.  Stephen Dillane co-stars as English king Edward I and Billy Howle is so, the Prince of Wales.  Aaron Taylor-Johnson, Florence Pugh, Tony Curran, Alastair Mackenzie and Callan Mulvey also co-star.  The movie looks like a more realistic Braveheart, and could be considered kind of a sequel as Robert the Bruce picked up the battle for Scottish independence from William Wallace after his defeat.  It’s out on November 9th and you can check out the trailer below.