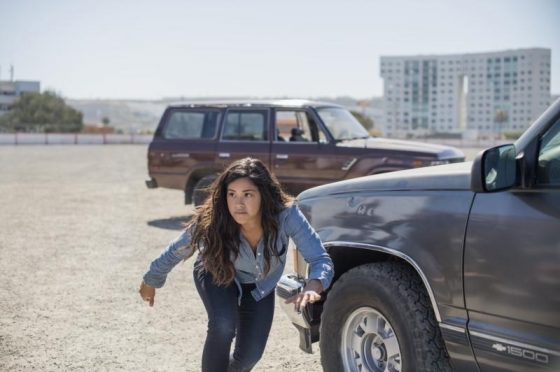 Gina Rodriguez is best known for Jane the Virgin but she’s been also been appearing in movies like Deepwater Horizon and Annihilation and, in February, she’s taking center stage in a Mexican drug cartel action thriller, Miss Bala.  Rodriguez stars as Gloria, who visits her friend Isabel (Aislinn Derbez) in Tijuana but the club they are at is attacked by cartel members and Gloria is kidnapped.  Forced to work as a mule for the cartel, Gloria is picked up by the DEA and also forced to be a mole but she begins to play both sides to get herself out from under both groups.  Catherine Hardwicke, who directed Twilight, is directing the movie and Anthony Mackie, Matt Lauria and Ismael Cruz Cordova co-star.  The movie is out on February 1st and you can check out the trailer below.