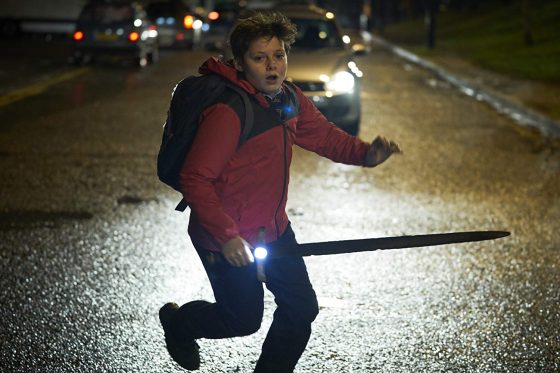 Director Joe Cornish is finally following up his fantastically fun Attack the Block with a new spin on the King Arthur legend, The Kid Who Would Be King.  Young Alex (Louis Ashbourne Serkis, son of Andy Serkis), is a fairly typical British kid who stumble upon the legendary sword Excalibur while trying to flee from some bullies.  He’s able to pull the sword from it’s stone and becomes the next in line to wield it’s power and defend the world from evil, which is coming in the form of the evil sorceress Morgana (Rebecca Ferguson) and her army of monsters.  Alex gets help from Merlin, who takes the form of a teenager (Angus Imrie but also Patrick Stewart in flashbacks) and recruits his schoolmates to train as knights and help him save the world.  Cornish definitely has a much higher budget than Attack the Block, although that also lended that movie it’s charming fun along with introducing the world to John Boyega, and it looks like a lot of fun with a sort of 80’s vibe in the vein of something like Monster Squad.  It’s out on March 1st next year and you can check out the trailer below.

A24 Goes Medieval This Summer with The Green Knight (Trailer)