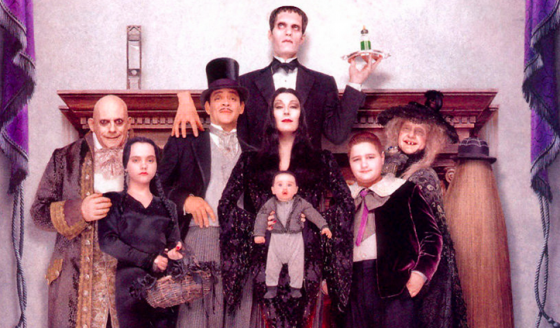 The Addams Family movies are no strangers to hip-hop, getting MC Hammer to put a funky spin on the iconic theme song for the first film and, for the sequel, getting Tag Team to rework their gigantic hit, Whoomp! (There It Is). Appearing on the soundtrack for Addams Family Values in 1993, the same year the original veresion of Whoomp! hit #2 on the Billboard charts, the song is sort of an awkward mash-up of the Addams Family TV theme and the Jock Jamness of Whoomp! (There It Is) as DC the Brain Supreme and Steve Roll’n mention character names and plot points from the movie.  Christina Ricci and Jimmy Workman appear in the song’s music video as Wednesday and Puglsey and there are the requisite clips from movie interspersed throughout.  This actually wouldn’t be the last time that Tag Team reworked their iconic hit.  In 1995, they created a family friendly version for Disney called Whoomp! (There It Went), which was celebrating Donald Duck’s birthday in 1995 and featured Mickey, Minnie and Goofy doing guest vocals.  Check out the Addams Family version below.