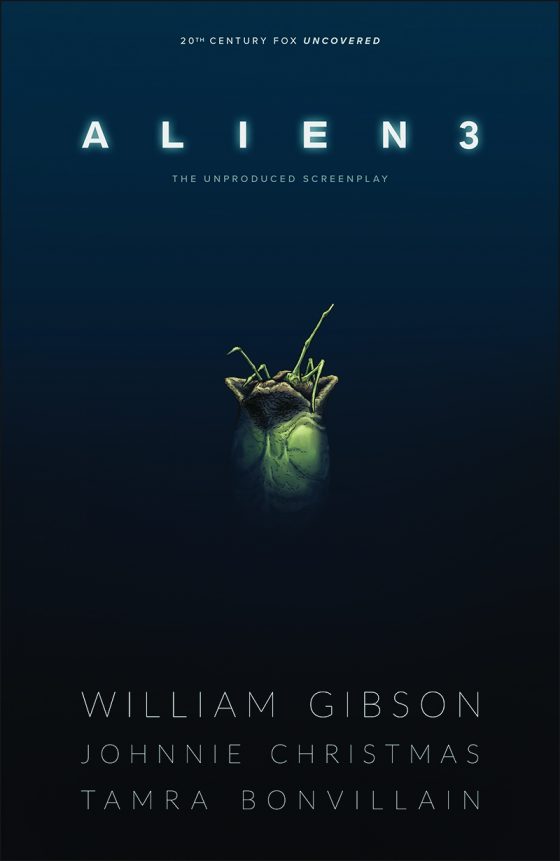 Science fiction writer William Gibson’s vision for the movie Alien 3 has come alive in Dark Horse Comic’s Alien 3 mini-series comic. Gibson wrote a screenplay for the sequel to 1986 Aliens which picked up directly after the events of the movie. Ripley, Hicks, Newt, and Bishop are awaiting rescue in hypersleep aboard the spaceship Sulaco. Discovered by a salvager ship by Union of Progressive Peoples, a search team releases a deadly passenger and the alien nightmare begins again.

Issue one quickly recaps the prior events and introduces a new group, the Union of Progressive People. The U.P.P. is a collective that shares space areas with the rival nations and found an interest in Weyland-Yutani research on LV-426. In an effort to contain the horrors from LV-426, they have sent a team to scientist and soldiers to watch over the survivors. More people become tangled in an operation that will doom them all.

Writer and artist Johnnie Christmas transforms William Gibson’s original concept into a thrilling chapter for the Alien saga. William Gibson’s screenplay expands on the political intrigue of government and corporation interests for the xenomorphs, powerful groups that want to control the destructive creatures. Christmas delivers builds an introduction issue up the tension, letting the plot rise and the frightful visuals to a minimum. But true evil cannot be contained for long, and Ellen Ripley undoubtedly finds herself to the path of the xenomorphs. Alien fans that waited to see a true sequel to Aliens should definitely grab this excellent new series to read. Fan favorite characters return in their proper settings, new treacherous forces arise and hellish aliens lie in wait to pop out in the dark.