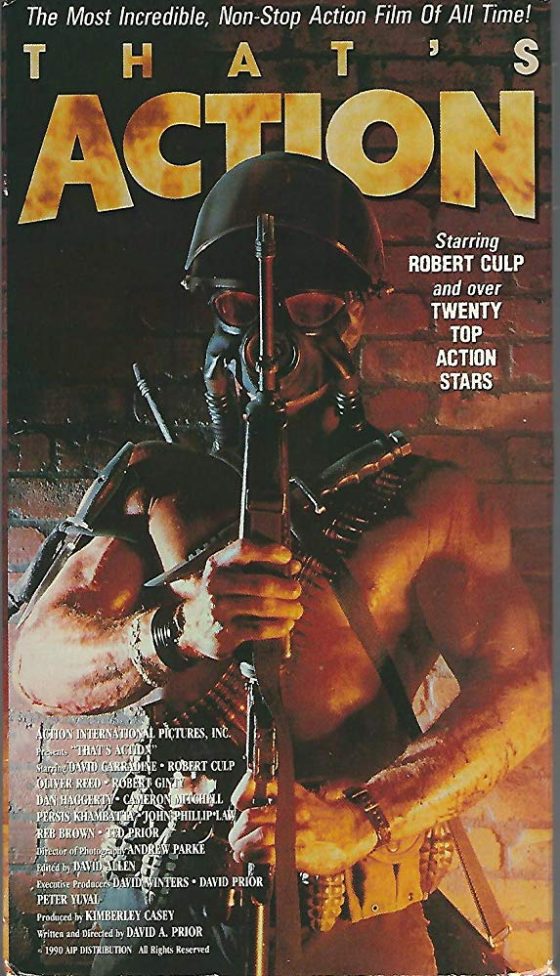 Action International Pictures or AIP is a favorite among bad movie lovers like ourselves for ridiculous action movies like Deadly Prey, Space Mutiny and other gems featured on MST3K, Rifftrax, Red Letter Media and more.  In 1990, the main trio behind the company, David Prior, David Winters and Peter Yuval put out “That’s Action!”, a baffling promo video hosted by Robert Culp.  That’s Action! is about 80 minutes worth of clips from various AIP movies, divided into sections like car chases, fights and shootouts with terribly cheesy one-liners and set-ups from Culp.  It’s completely unclear who or what this was for.  Is it to sell investors on funding future AIP projects?  Was it for “fans” of AIP, of which none probably existed until around the time MST3K featured Space Mutiny?  Is it just a weird ego boost for Prior, Winters and Yuval?  We don’t have the answer but the entire video is available to watch below thanks to YouTube, so you can see some of the “best” clips from the AIP archives.