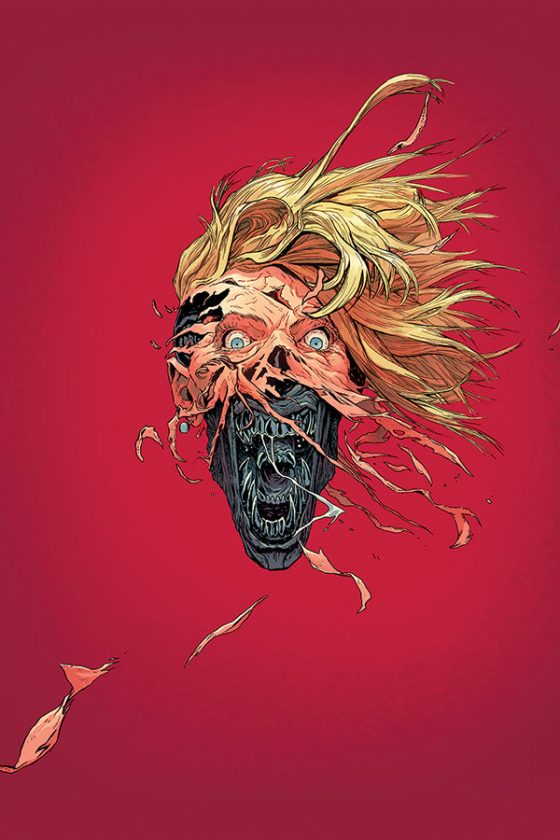 Lab technician Spence, Corporal Hicks, and a few other Weyland-Yutani employees take back control over the experiment on the xenomorphs. They successfully destroy the embryos but fail to spot the infected agent Welles. Unaware of the alien creature hidden inside herself, Welles transforms into a hideous xenomorph hybrid as her flesh shreds apart. Instinctively, Welles flees down the corridors of the station. The crew scrambles to protect themselves, while agent Fox sabotages the communications and escape-pods. The xenomorphs invasion spreads throughout Anchorpoint and the U.P.P Rodina. Their attempts to control the xenomorphs have turned against them. Now the survivors must figure out a plan to containment the alien threat before it can increase any further.

Johnnie Christmas cranks up the gory visuals in the opening sequence. Her process did not involve a traditional facehugger and did not have her chest blown out. Christmas puts amazing details into Welles’s transformation. The grotesque reveal shows Welles’s body twisted and torn. Chunks of flesh fall while an inhuman scream lets out. The shocking moment that Alien fans have been waiting for is finally here and the fight for survival begins. It’s a race against time for the survivors to escape in the final issue coming next month.