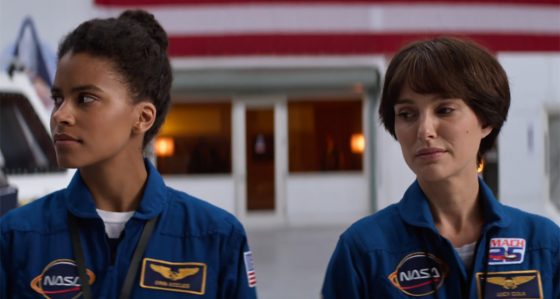 Noah Hawley, who has delivered the mind blowing FX shows Fargo and Legion, is making his feature film debut with Lucy in the Sky, coming out later this year.  Natalie Portman stars as astronaut Lucy Cola, who returns home after a long mission in space and begins to feel disconnected from reality on Earth.  She starts an affair with fellow astronaut Mark Goodwin (Jon Hamm) but becomes further unhinged when he begins a relationship with a new astronaut trainee.  Dan Stevens, Zazie Beetz, Ellen Burstyn, Colman Domingo, and Nick Offerman co-star and the movie is loosely based on the bizarre case of attempted kidnapping by astronaut Lisa Nowak.  It looks like it has a lot of Hawley’s trademark visual flair, including a drastically changing aspect ratio depending on the setting of the scene.  Check out the trailer below.

A Killer Cast Checks into the El Royale (Trailer)