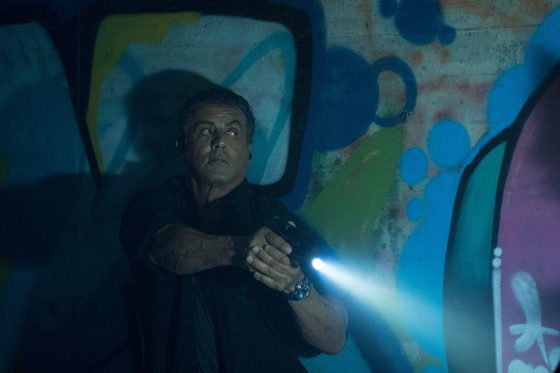 Probably no one out there thought Escape Plan would get a sequel, let alone turn into a trilogy but that’s what’s happening in July with the third entry in the franchise, Escape Plan: The Extractors, arriving on July 2nd.  Things get personal as Ray Breslin’s (Sylvester Stallone) girlfriend Abigail (Jaime King) is kidnapped by Lester Clark Jr (Devon Sawa), the son of Ray’s traitorous former partner Lester Clark (Vincent D’Onofrio in Escape Plan).  Lester Jr wants revenge on Ray for killing his father and takes Abby to Devil’s Station, a horrific new prison where he and his men have set up a base of operations.  Ray brings back in his old buddy Hush (50 Cent) and Trent (Dave Bautista) along with new backup in the form of martial artists Bao (Harry Shum Jr) and Shen Lo (Jin Zhang), who seem to have people being held captive as well.  Daniel Bernhardt co-stars as well and John Herzfeld (who directed The Expendables behind the scenes documentary among other things) is directing.  It seems like Stallone and Bautista are going to be more involved this time, which was one of the many issues with Escape Plan: Hades, and you can check out the Red Band trailer below.

Stallone Plans Yet Another Jailbreak in Escape Plan: The Extractors (Trailer)