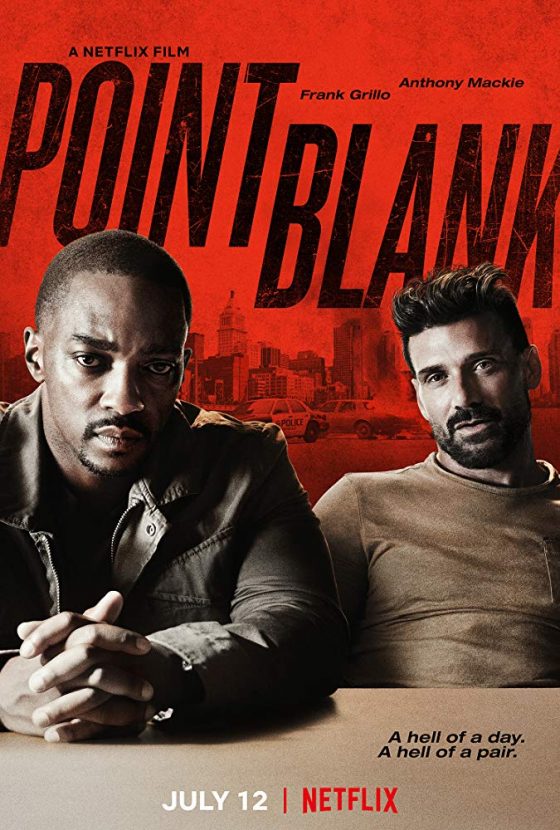 Frank Grillo and Anthony Mackie have both been in numerous Netflix projects over the last few years and they’re teaming up next month for Point Blank.  Seeming like an old school buddy action movie in the vein of 48 Hrs or the recent Hitman’s Bodyguard, Anthony Mackie is an ER nurse named Paul who is forced by a group of corrupt cops to bring them an injured career criminal, played by Grillo.  The cops have Paul’s pregnant wife and the newly teamed up duo decide to join forces to rescue Paul’s wife and take down the cops.  Joe Lynch is behind the camera, who brought you cult genre movies like Everly, Mayhem, and Chillerama.  It looks like fun and we’re always down for a Frank Grillo ass-kicking fest.  It’s out on July 12th on Netflix and you can check out the trailer below.