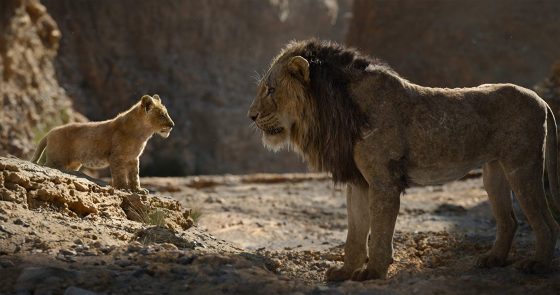 While they were dominating Hall H with multiple huge MCU announcements, Disney was also dominating the weekend box office, as The Lion King broke all kinds of records in its opening weekend.

The “live-action reboot” of The Lion King took in an insane $185 million over the weekend, the largest July opening of all time.  It was also the second-largest opening of 2019 and the seventh biggest opening of all time. If you consider it an animated film (which, c’mon, it is) then it was also the biggest opening ever for an animated film as well and easily the biggest opening for the recent Disney reboots, basically doubling what Aladdin opened to in May and topping Beauty and The Beast by about $10 million.  If you adjust for inflation, the original Lion King made $88.1 million on its first weekend of wide release (it had a two theater first weekend where it made $3.4 million). It also had the widest release of all time, opening in a whopping 4,725 theaters. Audience reaction was overwhelmingly positive and if it plays like Aladdin has played, which has made almost 4x its budget, the movie could be looking at around a $687 million domestic run.  The movie also made $351.8 million internationally for a global total so far of $536.8 million.

Spider-Man: Far From Home dropped to second with another $21 million.  It has made over $319.6 million domestic and $651 million worldwide and is currently sitting around $30 million shy of topping the $1 billion mark.

Toy Story 4, another Disney movie, was in third place with another $14.6 million, bringing it to over $375 million domestic and over $860 million worldwide.  It’s now the fifth highest-grossing Pixar movie worldwide, sitting around $30 million or so shy of topping Finding Nemo but it probably won’t reach the top 3, which are all $1 billion+ earners.

Besides The Lion King, the other huge bit of news is that Avengers: Endgame finally topped Avatar and is now the biggest movie of all time with $2.790 billion worldwide.

The Per Theater average also went to The Lion King, which made $39,153 in each theater.