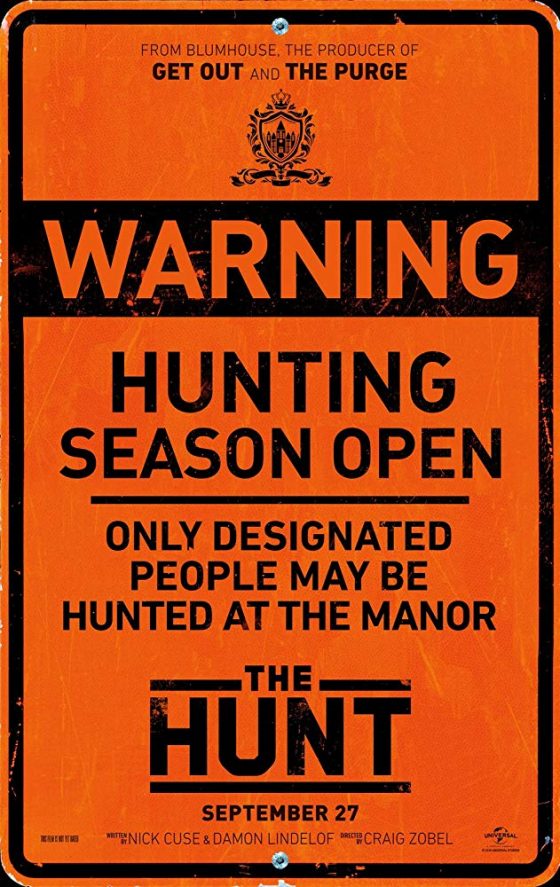 With The Purge wrapping up soon, Blumhouse is releasing what seems like a potential replacement with The Hunt.  The latest twist on “The Most Dangerous Game” by Richard Connell where the rich grow bored of hunting animals and decide to hunt other humans for sport.  Hilary Swank is the organizer of The Hunt and arranges for a number of people to be kidnapped, including Betty Gilpin, Emma Roberts, Justin Hartley, Glenn Howerton, Ethan Suplee, Ike Barinholtz, and Amy Madigan.  The prey are left in the middle of nowhere with no clue of where they are or how they got there but they are given weapons and have to fight to survive.  There’s definitely some Hunger Games in here along with the aforementioned Purge franchise, as it looks like the violence will be as grisly.  Craig Zobel, who directed the movie Z for Zachariah and episodes of American Gods, Westworld and The Leftovers and, fun fact, he also helped create Homestar Runner.  The movie is in theaters on September 27th and you can check out the trailer below.

The Hunt is Back On in March