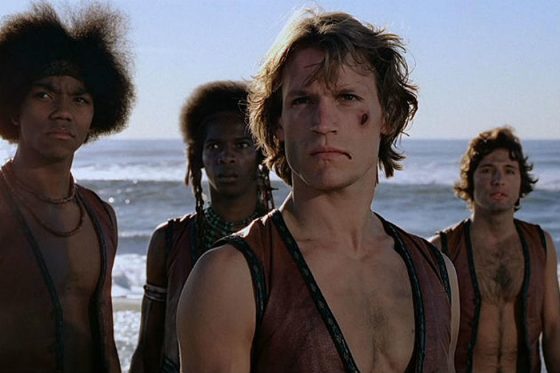 The Warriors is full of music, mostly spun by the DJ played by Lynne Thigpen, and it all culminates with “In the City” by Joe Walsh as the gang finally makes it back to safety at Coney Island.  Walsh wrote the song specifically for the movie and it appeared on the soundtrack album as well as played during the credits.  Walsh’s Eagles bandmates heard the song and liked it so much, they recorded a version with Walsh for the Eagles that appeared on the Eagles record The Long Road. The Warriors soundtrack didn’t do particularly great in 1979, reaching #125 for the year on the Pop Album charts.  “In the City” and most of the other music was re-licensed and appeared in Rockstar’s 2005 beat ’em up game based on the movie as well.  Joe Walsh made a music video for his version but, being the early days of music videos, it’s just a straight-up performance of the song by Walsh but he’s a rock legend so it’s still pretty great, even without clips from the movie or some sort of Warriors theming.  Check it out below.