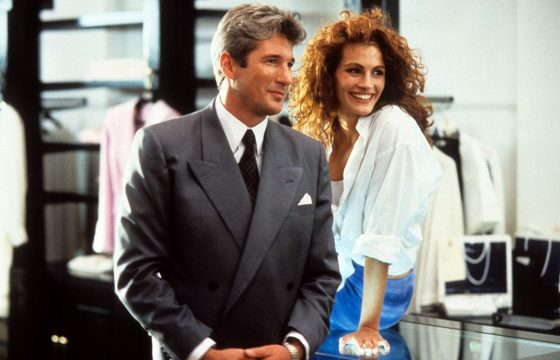 Swedish pop duo Roxette were massively successful in the late 80s with hits like “The Look” and “Listen to Your Heart” and they continued that success into the 90s as they contributed the song “It Must Have Been Love” to the Pretty Woman soundtrack.  The song was actually released by Roxette in 1987 and was a Christmas themed song that was only released in their native Sweden.  The Christmas references were taken out and the song was re-released in 1990 as a straight power ballad on the Pretty Woman soundtrack and was another massive hit for the duo.  The whole Pretty Woman album went triple platinum in the US and sold over 9 million copies worldwide.  “It Must Have Been Love” topped the Billboard Hot 100 for two weeks and was listed by Billboard as the second most successful single of 1990, behind Wilson Phillips’ “Hold On”.  The music video puts the duo in an artsy warehouseesque space with lots of billowing sheets and clips from the movie, check it out below.