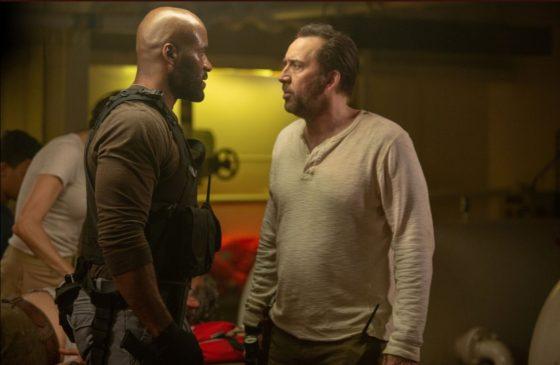 We’ve been getting some Grade-A prime Nicolas Cage recently with stuff like Mandy and Spider-Verse (and also apparently upcoming stuff like A Colour Out of Space) and hopefully Primal is up there as well.  Nic Cage plays Frank Walsh, a big game hunter who has captured a rare white jaguar for a zoo that is giving him a massive payday.  The freighter ship that Frank and his crew are transporting the animals back on gets commandeered by the authorities, who are transporting a dangerous assassin back to the US.  The assassin gets loose on the ship and unleashes all the animals, so Frank has to team up with the law to stop both kinds of predators.  Kevin Durand plays the assassin and Famke Janssen and LaMonica Garrett co-star as well.  The movie is directed by stuntman turned actor Nick Powell, who previously directed Cage in Outcast in 2014.  The movie looks wonderfully batshit and hopefully it will be the kind of Cage movie we all hope for each time there’s a new one.  The movie is in select theaters and On Demand on November 8th, check out the trailer below.