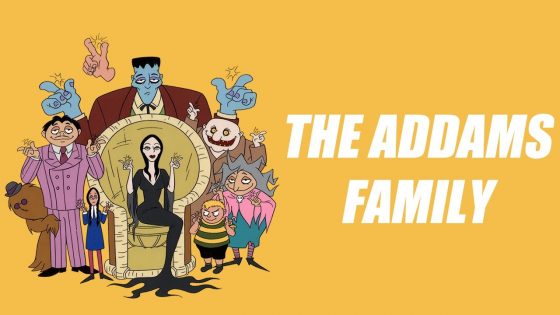 The new animated Addams Family movie arrives in theaters this weekend but there’s a pretty high bar to meet set by the last animated incarnation of everyone’s favorite spooky and ooky family from 1992.  Coming off the heels of the excellent 1991 movie, The Addams Family cartoon ran on ABC Saturday mornings starting on September 12, 1992, and running for 21 episodes until November 1993.  The biggest selling point of the series was that the great John Astin, who played Gomez on the 60’s live-action Addams Family series, came back to voice Gomez for this animated take and was as fantastic as ever.  Joining Astin was a slew of 90s cartoon all-star voice actors including Jim Cummings, Rob Paulsen, Marcia Wallace, and Pat Fraley along with Carol Channing, Edie McClurg and the late Rip Taylor as Uncle Fester.  The show expanded on the world of the Addams’ and put them in a community called Happydale Heights and they were always coming into conflict with their neighbors, the Normanmeyers, who hated the Addams’ and wanted them out of the neighborhood (the Normanmeyers only son NJ loved the Addams’ however and was best friends with Wednesday and Pugsley). The show also inspired action figures and video games, specifically Pugsley’s Scavenger Hunt on SNES. You can check out an episode of the show below called “NJ Addams”, where NJ Normanmeyer runs away and wants to become an official member of the Addams Family, just in time for a big Addams Family reunion.