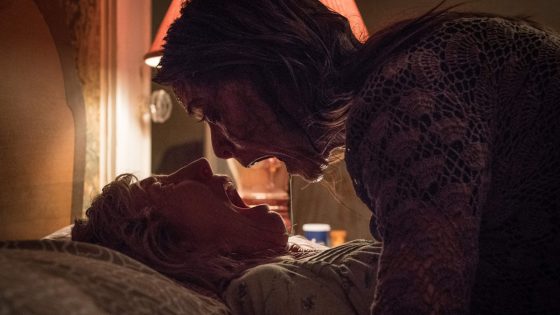 It’s been 10 years since the last entry in the Grudge franchise but Sam Raimi is helping to reboot the series with January’s new The Grudge reboot.  With The Eyes of My Mother director Nicholas Pesce at the helm, the new Grudge stars Andrea Riseborough and John Cho as a police detective and real estate agent respectively who unfortunately discover that a suburban house has been hiding a violent and dangerous spirit who follows and kills anyone who enters the house.  Demian Bichir, Betty Gilpin, Lin Shaye, Jacki Weaver, William Sadler, and Frankie Faison co-star and it definitely seems like, stylistically, it’s got a similar look and feel to the other recent movies produced by Sam Raimi and his team, like the Evil Dead reboot and Don’t Breathe.  The Grudge will kick off 2020 by hitting theaters on January 3rd and you can check out the trailer below.