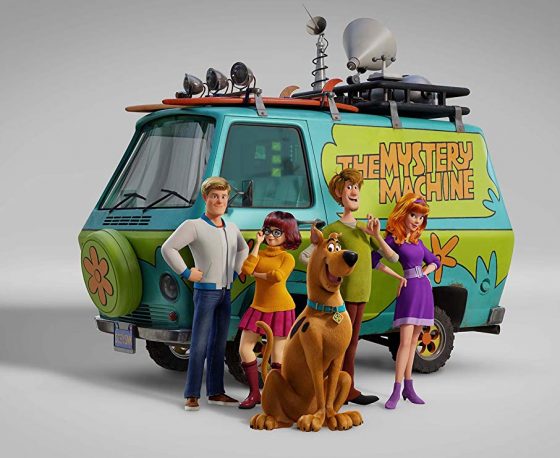 It’s been 15 years(!) since the last big-screen adventure from the Scooby Gang, 2004’s live-action Scooby-Doo 2: Monsters Unleashed, and since that time there have been multiple TV shows and direct to video movies released but the gang is back on the big screen next summer with Scoob!.  Scooby-Doo veteran Frank Welker is voicing Scooby (he’s previously voiced Fred and various characters on A Pup Named Scooby-Doo) and Will Forte is Shaggy and Scoob! will retell the duo’s origin story and how they met the rest of the gang along with a present-day storyline where the gang has to stop the ghost of Cerberus from being unleashed.  Zac Efron is Fred, Gina Rodriguez is Velma and Amanda Seyfried is Daphne and there are cameos from other corners of the Hanna-Barbera universe as well, including Mark Wahlberg as Blue Falcon, Ken Jeong as Dynomutt, Jason Isaacs as Dick Dastardly and Tracy Morgan as Captain Caveman.  The animation style looks great, especially compared to the recent Addams Family movie, and it’s directed by Tony Cervone, who has directed various Scooby, Tom & Jerry, and Looney Tunes projects for years.  The movie is out on May 15th and you can check out the trailer below.