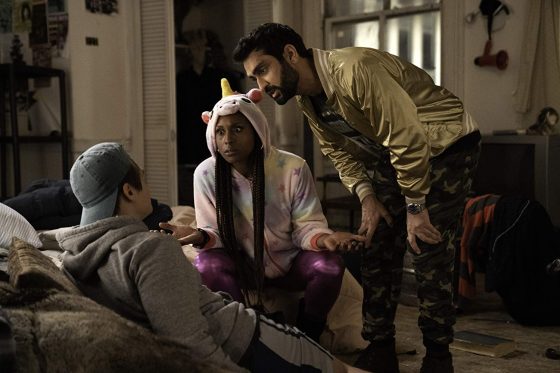 Looking to follow in the footstep of the incredibly hilarious Game Night, Kumail Nanjiani and Issa Rae star in the murder mystery comedy The Lovebirds, arriving in April.  Nanjiani and Rae are Jibran and Leilani, a happily dating couple whose car is commandeered by a man claiming to be a cop who kills a bike messenger with their car.  A pair of witnesses think Jibran and Leilani are the murderers and call the real police, forcing the couple to go on the run and try to figure out what is going on to clear their names.  Castle Rock baddie Paul Sparks is the fake cop murderer and Anna Camp, Kyle Bornheimer and Moses Storm co-star.  Michael Showalter, who directed Kumail in The Big Sick, is directing and the movie is out on April 3rd.  Check out the trailer below.

Jackie Chan Faces Off Against Arnold in The Iron Mask (Trailer)