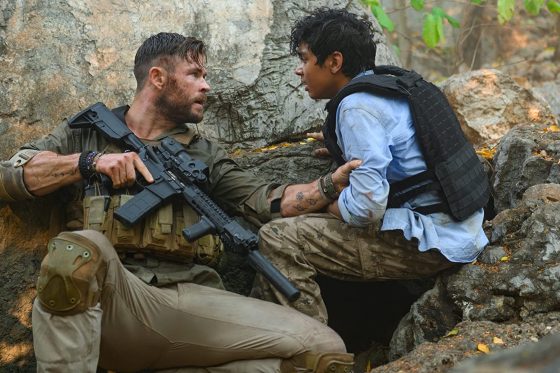 Now that we’ve all watched Tiger King, Netflix is bringing Chris Hemsworth and the Russo Brothers back together for the upcoming action movie Extraction, which arrives on Netflix on April 24th.  Hemsworth plays Tyler Rake, a black market mercenary who is hired to rescue the son of an international crime lord when a rival crime lord kidnaps him.  Rake recovers the kid but finds himself locked down in the city with enemy forces closing in.  David Harbour co-stars and it’s directed by Sam Hargrave, who is making his feature directing debut after years as a stunt coordinator.  It looks like some cool Raid style action even if the story seems pretty predictable and cliche.  Check out the trailer below.