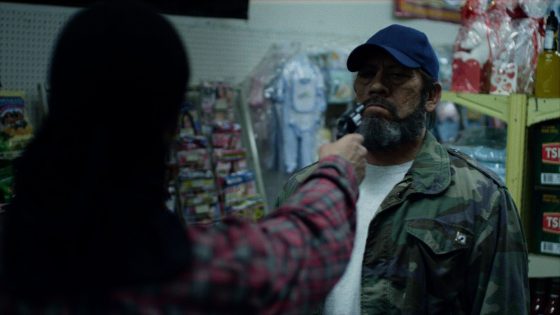 One of the few movies based on an internet meme, 2012’s Bad Ass stars the legendary Danny Trejo as Vietnam vet Frank Vega, who becomes a vigilante after his friend is murdered and the cops seem none too interested in putting in any real effort to solve it.  The movie is inspired by the viral video “AC Transit Bus Fight” aka Epic Beard Man and the video is reenacted somewhat in the movie as Trejo takes down a pair of skinheads on a commuter bus, earning him his titular nickname.  Charles S. Dutton and Ron Pearlman play the pair of villains that Trejo works his way up to confronting and Better Call Saul’s Patrick Fabian plays a cop who’s friends with Frank.  The movie spawned two sequels, adding Danny Glover into the mix with Bad Asses continuing the adventures in Los Angeles before sending Trejo and Glover to Louisianna for Bad Asses on the Bayou.  You can watch the entire movie below thanks to YouTube.