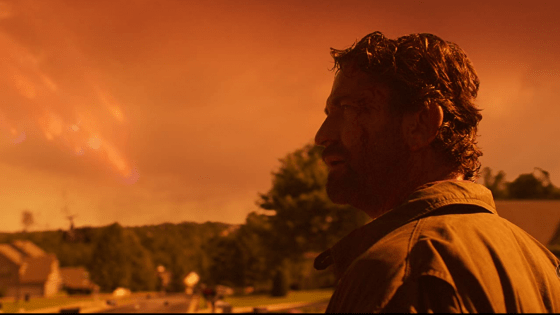 After surviving a Geostorm, Gerard Butler is facing another extinction-level disaster in Greenland, arriving in August this year.  Butler plays John Garrity, who along with his family is following news of comet fragments that are going to impact with Earth.  Despite predictions of harmless impacts into the ocean, the comets start to making devastating impacts around the world, leading to panic around the globe.  John hears about potential safety in military bunkers in Greenland and is determined to get his family to them.  Morena Baccarin, Scott Glenn, David Denman, and Andrew Bachelor co-star, and it’s directed by Ric Roman Waugh, who is reuniting with Butler after directing Angel Has Fallen.  It looks like a slightly more serious and grounded Armageddon or Deep Impact and it will hopefully be out in theaters on August 14th.  Check out the trailer below.