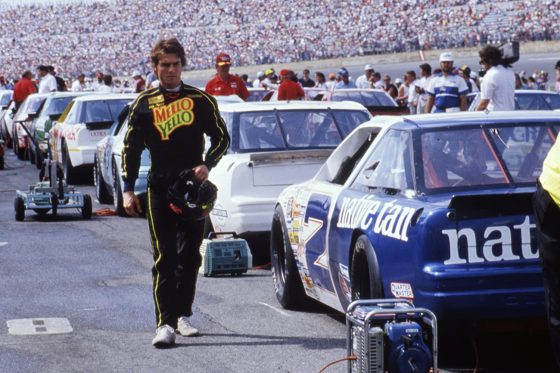 Although it had a lot of the same team behind it, Days of Thunder couldn’t help but feel a little lesser compared to the 80s classic that preceded it, Top Gun, and that includes the soundtrack.  Tony Scott reteamed with his Top Gun star Tom Cruise to tell a high octane story set in the world of NASCAR as Cruise plays hot-shot driver Cole Trickle, who battles his rival Rowdy Burns (Michael Rooker) through multiple races, a horrific crash and eventually the Daytona 500.  Nicole Kidman co-stars in the first of three 90s movies co-starring Cruise and the rest of the cast is stacked as well including Robert Duvall, Cary Elwes, John C. Reilly, Randy Quaid, Fred Dalton Thomas and even Margo Martindale in her first role ever.  The movie had 4 times the budget of Top Gun and did outgross it in its opening weekend but it didn’t have the staying power to fully outgross Top Gun, making $82.6 million domestic compared to Top Gun’s $179.8 million.  For the soundtrack, Tom Cruise personally requested Whitesnake’s David Coverdale to sing the song “The Last Note of Freedom”, which was co-written by Coverdale, Hans Zimmer, and Billy Idol but the main single of the movie was the power ballad/love theme “Show Me Heaven” from Maria Mckee.  The song failed to chart in the US except on the Adult Contemporary Billboard chart but it was a massive hit overseas, especially in the UK and Norway, staying at #1 on the UK charts for four weeks and it topped the Norwegian charts for a whopping 10 weeks.  The music video features McKee and clips from the movie, especially one particular shot of Kidman and Cruise kissing that they seem to use at least a half a dozen times.  Check it out below.