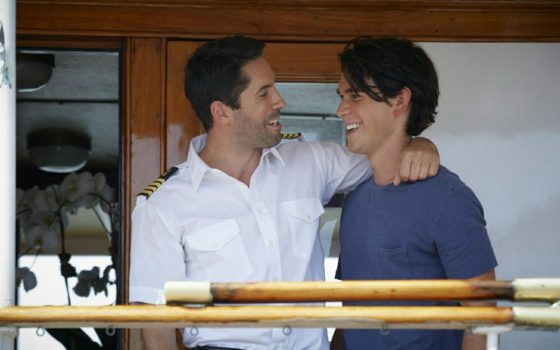 If you were wondering what would happen if you mashed up a Scott Adkins movie with a Nicholas Sparks adaptation, it seems like the upcoming movie Dead Reckoning might have your answer.  India Eisley and KJ Apa play a young couple who meet during the summer before Eisley’s character Tillie Gardner goes to college.  Tillie is also trying to cope with the death of her parents, who died in a plane crash a few weeks prior.  Apa’s cab driver Niko is hiding a deadly secret from his new love however, his brother is a terrorist who blew up the plane that Tillie’s parents were on and has arrived to blow up a bomb at the Fourth of July celebration on Nantucket Island.  James Remar and Sydney Park co-star.  It really feels like this is a Sparks movie; just substitute terrorism for cancer and while it seems there might be a bit of Adkins action at the end, it seems like this is mostly going to be an acting exercise for him as opposed to his usual martial arts showcases.  The movie is out on November 13th On Demand and Digital and you can check out the trailer below.