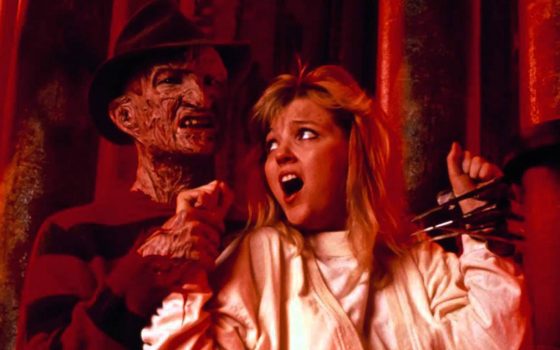 For Nightmare on Elm Street 4: The Dream Master, when Patricia Arquette declined to return as her Dream Warriors character Kristen Parker, singer, and actress Tuesday Knight took over the role.  The year before, Knight had released her debut album and shortly before production wrapped on The Dream Master, Knight went to director Renny Harlin and pitched him the idea to write a song for the movie.  She and her writing partner wrote “Nightmare” in two days and played it for Harlin, who took it to the music department immediately without really consulting Knight further and she didn’t find out what had become of the song until she heard it during the opening credits of the movie.  Due to licensing issues, the song was never officially included on the movie’s soundtrack or released as a single and it was only officially released in 2012 on Knight’s album Faith.  In 2015, the master version of the song was rediscovered and it finally got a remastered and remixed official release.  There isn’t any sort of official music video for the song either but you can listen to it below.

Musical Montage: “Are You Ready for Freddy?” by The Fat Boys