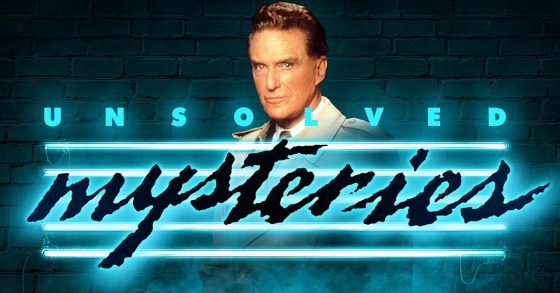 If you’ve watched all 12 episodes of the Unsolved Mysteries revival since Vol. 2 went up on Monday this week, why not jump back to where it all started with the OG Robert Stack version.  Distribution company Filmrise has had the rights to Unsolved Mysteries and are not shy putting them out there.  There’s a 24/7 channel on services like Pluto TV and you can watch the episodes on Hulu, Prime Video and Youtube as well.  There’s an official Unsolved Mysteries Youtube channel that has every episode from the Robert Stack era and even into the Dennis Farina era.  As interesting and well-shot as the new Netflix episodes are, you can’t beat the creepy charm of Robert Stack in a trench coat narrating over cheesily earnest reenactments.  Check out Season 1, Episode 1 below, which includes cases like the mysterious death Eileen Conway, the possible murder of Shannon Davis and the discovery of a skeleton that may be from white water rafters who disappeared in 1928.

Everything Action Theater: Beyond Belief: Fact or Fiction?