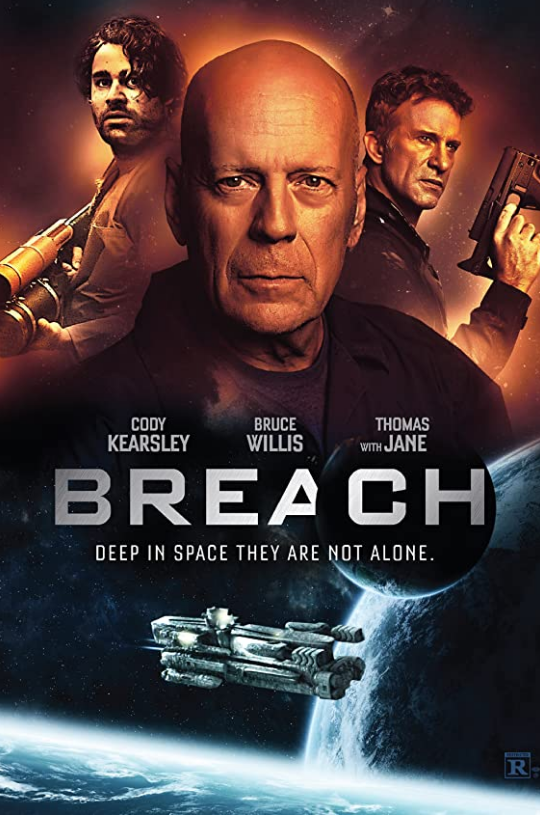 Bruce Willis and Thomas Jane are teaming up with Riverdale’s Cody Kearsley for the sci-fi action movie Breach, which seems to be taking equal “inspiration” from movies like Aliens and The Thing.  The movie is set on the last ship that has left Earth and is transporting its passengers to New Earth when the crew discovers an alien threat has invaded the ship and is transforming people into mindless, bloodthirsty monsters.  Rachel Nichols co-stars as one of the ship’s medical officers and it seems like Bruce is actually into things this time around, which is increasingly rare with his recent film output.  He seems like he might be having fun and has a few decent one-liners in this trailer.  The movie is directed by John Suits, who previously directed the sci-fi movie 3022 and recently directed Willis in the Die Hard spoofing commercial for DieHard Batteries.  Breach is out on December 18th in select theaters and VOD and you can check out the trailer below.

Action Hero of the Week: Noah