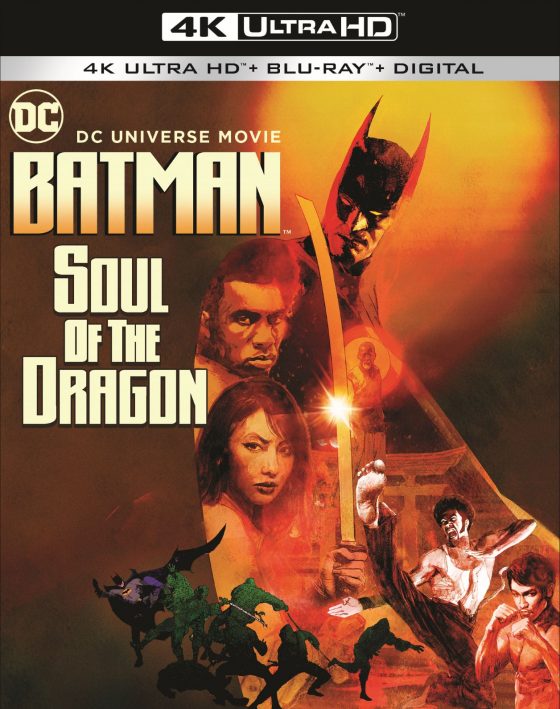 Bruce Timm and director Sam Liu are channeling 70s martial arts vibes for the latest Batman DC Animated Movie, Batman: Soul of the Dragon.  An Elseworlds tale set in the 1970s, Bruce Wayne (David Giuntoli) joins a group of elite students who are learning martial arts from the master, O-Sensei (James Hong), including Lady Shiva (Kelly Hu), Bronze Tiger (Michael Jai White) and Richard Dragon (Mark Dacascos).  The students must use their skills to battle a threat that includes an army of ninjas and what looks like Dr. Hugo Strange.  From the look of the characters to the funky soundtrack, this looks like it will be an extremely fun time and definitely one to watch for fans of Bruce Lee and 70s Kung-Fu.  The movie is out on Digital on January 12th next year and on DVD, Blu-Ray and 4K on January 26th.  Check out the trailer below.