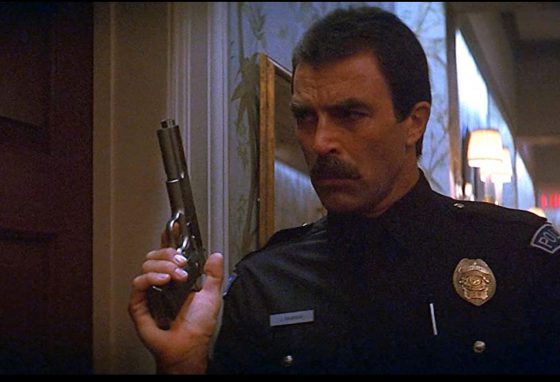 Tom Selleck famously did a screen test for Indiana Jones but his contractual obligations to Magnum PI prevented him from taking on that iconic role.  In 1984, he did get to take on a role that was similar to another Harrison Ford role with Runaway, that shares a lot of ideas but perhaps not the style or gravitas of Blade Runner, which came out two years earlier.  Selleck is police officer Jack Ramsay, who specializes in tracking down and destroying malfunctioning robots with his partner Karen Thompson (Cynthia Rhodes).  When the first-ever robot homicide occurs, Ramsay uncovers a nefarious plot by scientist Dr. Charles Luther (Gene Simmons) to create circuit boards that can reprogram the various domestic robots in use around the world and turn them into weapons along with other inventions like heat-seeking missiles and smart bullets.  The movie was actually directed by Michael Crichton and written by him as well and sharing some similarities to Westworld as well, which he had directed 11 years prior.  You can check out the entire movie below thanks to YouTube.