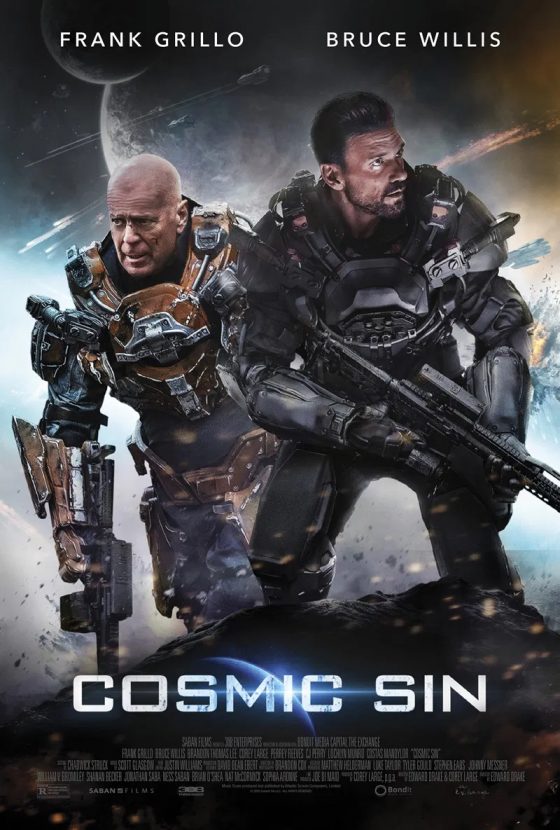 Bruce Willis is spending a lot of time in space recently as his movie Breach just hit DVD this week and now next month he’s teaming with Frank Grillo for another sci-fi/action movie, Cosmic Sin.  Willis stars James Ford, a retired soldier who is called back into action when the crew of a spaceship encounters hostile alien life and a preemptive strike is authorized to ensure humanity’s survival against the new threat.  Frank Grillo is also part of the team as General Eron Ryle and Lochlyn Monroe, Johnny Messner, Costas Mandylor, CJ Perry, and Luke Wilson(?!) co-star as well.  The movie is directed by Edward Drake, who actually wrote the aforementioned Breach, so maybe they just rolled right into this one once that one was wrapped. It looks like a lot of different inspirations are being pulled in including Edge of Tomorrow-style exosuits, new Trek-style space freefalls, alien-infested humans, and more but it does look there’s actually some budget and special effects heft behind it.  Cosmic Sin is out in theaters, On Demand and Digital on March 12th and you can check out the trailer below.