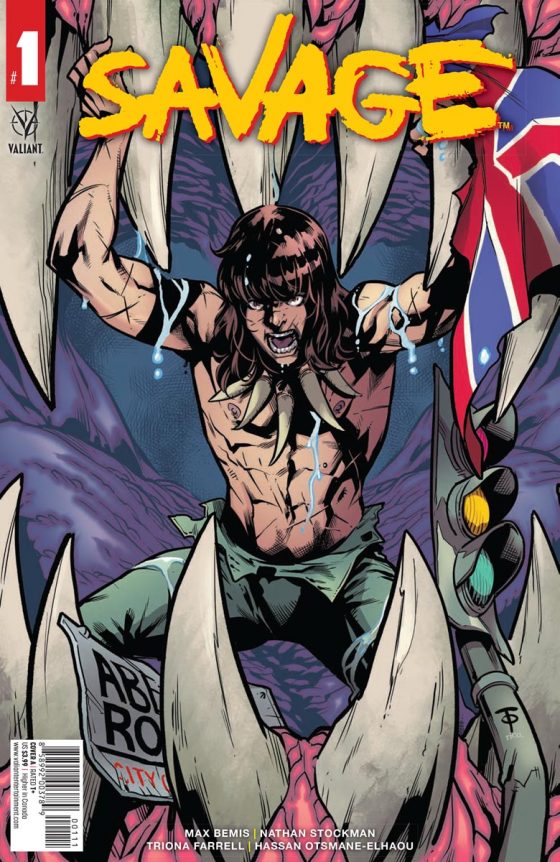 Kevin Sauvage was only a baby when he grew up in an alternate dimension with monstrous beasts. In order to survive, Kevin trained to become a skilled warrior. Developing the talent and raw savage strength to take down bloodthirsty dinosaurs and terrifying marauders. Kevin eventually found his way back to London and the world became fascinated about the young warrior. As Kevin struggles to adjust to his status as a viral sensation, he finds new dangers in the concert jungle of London.

Far from the hostile lands that molded him into a survivor, Kevin has reunited with his older brother Henry and has dived headfirst into mega-stardom. Money and fame mean nothing to Kevin, who feels out of place in the civilized world. Regardless, Kevin does the best he could to please Henry, who now manages Kevin’s rising popularity. Appearing in reality shows, ads, and interviews, nothing could satisfy the thrill of the hunt is Kevin craves. But seemly out of nowhere, a strange event that brings prehistoric monsters to London. Jumping at the chance to get some rage out, Kevin leaps into action to show the world who is really is inside.

Savage #1 spends more of its time introducing a somewhat tamed Kevin who gone from a gruff survivor to a media influencer. At times Kevin feels a little generic like a teenager, who just happens to be a dinosaur fighter, at least in this first issue. However, Max Bemis does offer some room to have Kevin give fun counterviews to a vapid world that works well with his character. Nathan Stockman and Triona Farrell bring sleek visuals that grab the reader’s attention. The action-sequences are rendered well offer just a small preview of what’s in store for later chapters.

Kevin Sauvage’s coming of age tale has a slow start but has the potential to unleash an action-packed story to surprise the readers.