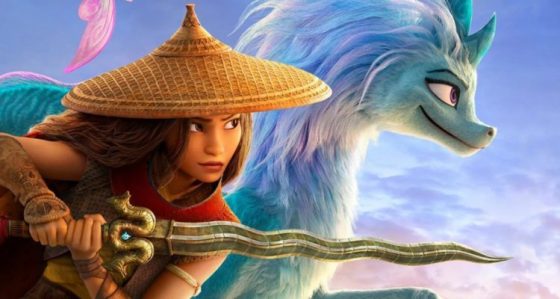 It’s been just shy of a year since the last Battle at the Box Office post but with theaters slowly starting to recover and bigger releases starting to come out again, it seems like the time to finally bring this feature back and dive into the weekend box office totals again.

Raya and the Last Dragon was the #1 movie at the box office with $8.5 million.  The movie was playing in 2,045 theaters, including the just reopened NYC theaters, but it was still shy of expectations of around $9.87 million.  The movie was also a “Premier Access” release on Disney+, where you could pay $29.99 to unlock the movie for viewing.  Because of that, some theaters refused to show the movie at all and it’s not clear how many families may have opted in to doing that instead of braving theaters.  Disney never released numbers for when Mulan was a Premier Access release but it apparently worked well enough for them to do it again here.

Last week’s #1, Tom & Jerry, dropped 53% for another $6.6 million.  Added to its opening weekend last week, it has made $22.9 million so far in theaters.  Tom & Jerry is an HBO Max hybrid movie, so it’s also available right now without any additional fees for HBO Max subscribers.  It’s not a huge accomplishment given the state of theatrical movie going but Tom & Jerry is also the highest-grossing domestic movie of 2021 so far.

Chaos Walking was the #3 movie over the weekend with $3.8 million, which is actually double what was predicted by most box office analysts going into the weekend.  It topped Liam Neeson’s The Marksman, which opened to $3.1 million back in January.

Boogie and The Croods: A New Age rounded out the top 5, with the latter being in the top 5 for the last 15 weeks and it has made $53.6 million total.

Raya and The Last Dragon also took the Per Theater average with $4,158 across the 2,045 theaters it was playing in.