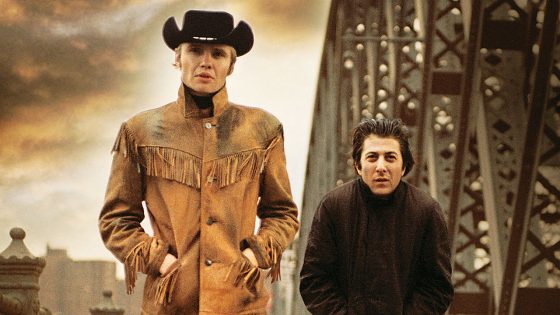 Originally written and recorded by folk singer Fred Neil, the most famous version of the song “Everybody’s Talkin” came from singer Harry Nilsson, which was featured in 1969’s Midnight Cowboy.  The song underscored most of the first act and became known as the overall theme song of the movie.  Nilsson won a Grammy Award for Best Contemporary Vocal Performance, Male and the legendary composer John Barry also won a Grammy for his instrumental theme to the movie.  After the movie was released, Nilsson’s version of “Everybody’s Talkin” was released as a single and it hit #6 on the Billboard Hot 100 and #2 on the Easy Listening chart.  Nilsson had actually released the song earlier as a single for his album, Aerial Ballet, but it failed to do much at the time.  Nilsson originally proposed his song “I Guess the Lord Must Be In New York City” but director John Schlesinger preferred his version of “Everybody’s Talkin”.  The song was later used in The Hangover Part II, Borat, and Forrest Gump.  You can check out Nilsson performing the song on the German music show Beat-Club below.