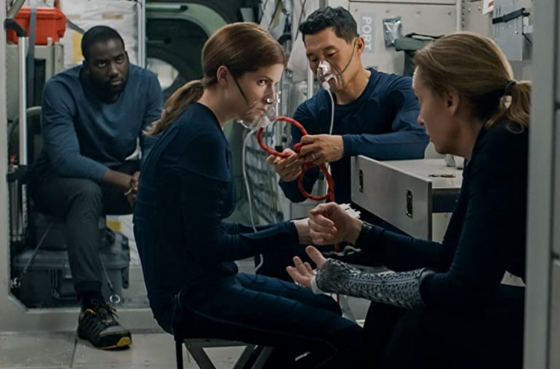 It seems like every couple of months we get some sort of space thriller whether it be a Gravity, a Life, or a *shudder* Cloverfield Paradox and now Netflix is bringing us Stowaway in April.  Directed by Joe Penna, who previously directed Arctic with Mads Mikkelsen, Stowaway follows a mission to Mars with a crew of three (Anna Kendrick, Daniel Dae Kim, and Toni Collette).  The trio is shocked to find that a life-support engineer, played by Shamier Anderson, was inadvertently left on the spacecraft and is now has no choice but to join the crew on their two-year mission.  Unfortunately, the life support system starts to fail on the ship and there is only enough oxygen for three of the crew to get to Mars unless they can figure out some drastic action that will repair the ship or let them all survive the entire trip to Mars and back.  It seems like solid space survival stuff with a strong cast and it will be available on Netflix on April 22nd.  Check out the trailer below.