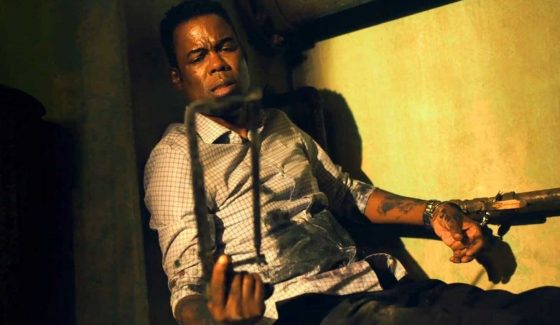 Jigsaw was a pretty massive disappointment for most Saw fans as it muddied the history of the franchise and took away some of the importance and significance of the original movie along with just being pretty terrible and stupid.  Apparent Saw superfan Chris Rock is attempting to revitalize the franchise by executive producing and starring in Spiral: From the Book of Saw, which is arriving in theaters in May this year.  Rock plays Detective Ezekiel “Zeke” Banks, who along with his partner (Max Minghella) is investigating a new serial killer who seems to be inspired by John “Jigsaw” Kramer but leaves a spiral drawing at every crime scene.  Zeke’s father, played by Samuel L. Jackson, has a history with Jigsaw and gets drawn into the mystery as well.  Marisol Nichols co-stars and Darren Lynn Bousman, who directed Saw II, III, and IV, is back to direct this new entry in the franchise.  Original producers Mark Burg and Oren Koules are back to produce as well.  This new trailer definitely shows off more of the deathtraps that we’ve come to know and love from the franchise and hopefully, it’s at least better than Jigsaw.  The movie is out on May 14th and you can check out the trailer below.

From the Book of Saw comes Spiral (Trailer)