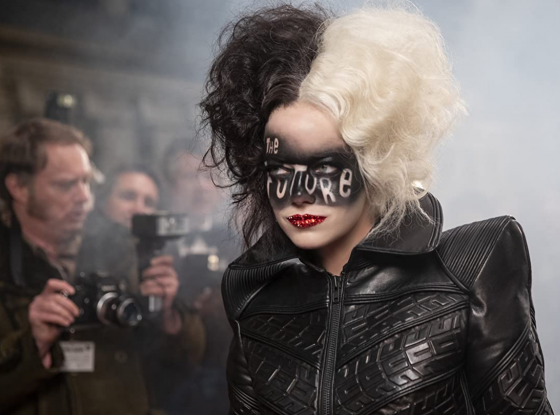 Emma Stone plays the younger version of the psychotic future fashion maven Cruella De Vil in Disney’s upcoming prequel movie.  Cruella finds the once and future villain as an ambitious up-and-coming fashion designer who goes to work in the fashion house of the Baroness (Emma Thompson) but eventually goes to war with her employer to become the greatest fashion designer in London.  This includes pulling a heist to steal outfits and kidnapping the Baroness’ dalmatians, the first of many she’ll take in her criminal career.  Mark Strong, Paul Walter Heuser, Emily Beecham, Joel Fry, Kirby Howell-Baptiste, and Jamie Demetriou co-star with Craig Gillespie, who directed I, Tonya and The Finest Hours, is directing Cruella.  The movie will be available in theaters and on Disney+ Premier Access on May 28th.  Check out the trailer below.